Winner of the RPC Fantasy Award 2018
"Most Promising Product" 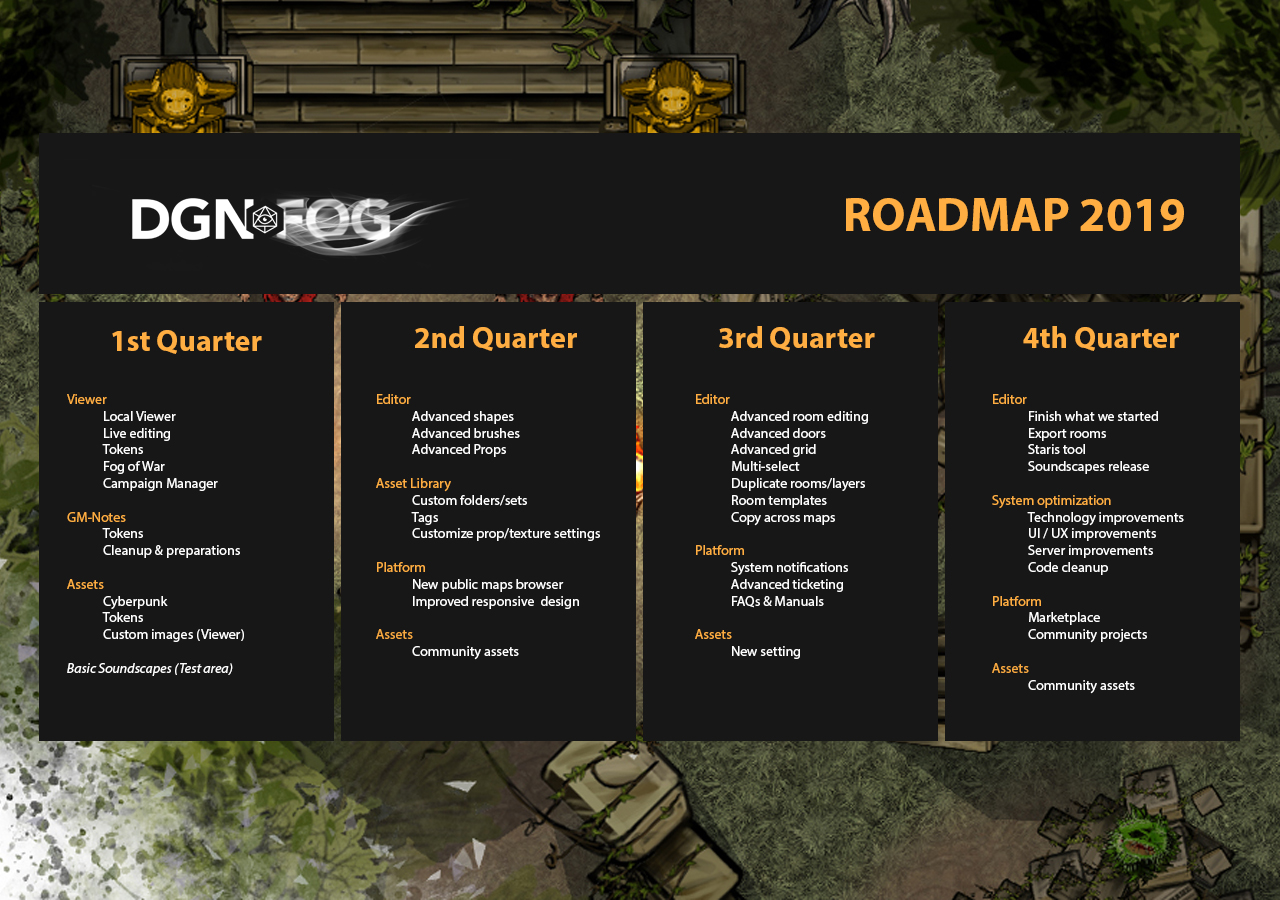 A happy new year to you all!

Time is flying and by now we not only have passed our first quarter post launch in October, but are also getting close to February. Which is pretty scary because I wanted to release this news update by the start of the year and not by the end of its first month. But I wanted to make sure, that everything is sorted out and well considered, before we release our plans for this year.

Let's start with a little review first and then give you an outlook of what’s coming in 2019.

I am very happy with our growth over the past months. Those were exciting times for us, since we didn’t know how well received our launch would really be. During our open BETA we had a constant, yet rather modest growth of new users per month. By the time we reached our launch date, we had a little over 3.000 accounts through pre-orders and open beta free sign-ups. You can imagine that we were extremely excited and nervous to see how the launch would fair.

But we made it - and not just that. In less than 3 month we grew by 441.20% which is an insane number! We launched with a little over 3.000 accounts in the end of October and finished the year with over 17.000 accounts. As I release this update we have already passed the 20.000 accounts mark. 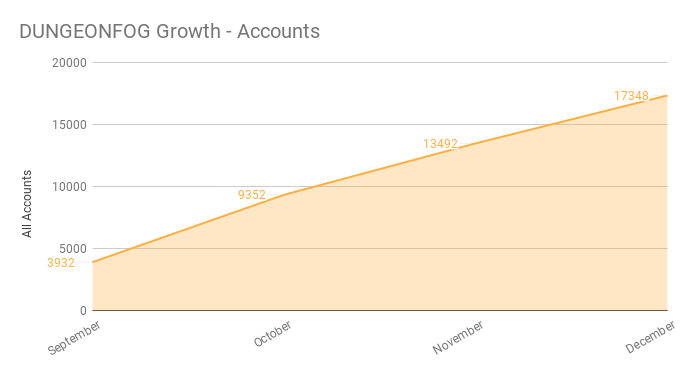 We now have more than 25.000 maps in our system and every day more than hundred new maps are being created. We also see a good incline on the amount of shared maps, where we started with about 100 and are now getting close to 400 shared maps.

In terms of assets we have passed the 1.000 mark on total art assets in December, and are now at 925 props, 575 textures and 30 different wall elements. With our upcoming asset packs we will then be at more than 1.000 props and with our new Cyberpunk setting we will have 5 different settings soon.

It has become a running gag, that everytime you ask for a new feature, I almost always reply with “It is on the list!”.

So, where is that list? In the past weeks we sat down and condensed our mysterious “list” into a development model for 2019:

Here you can look at the roadmap in detail:

Q1 will be all about the new viewer.

The viewer is currently getting a complete overhaul.
And by complete, I really mean “complete”: 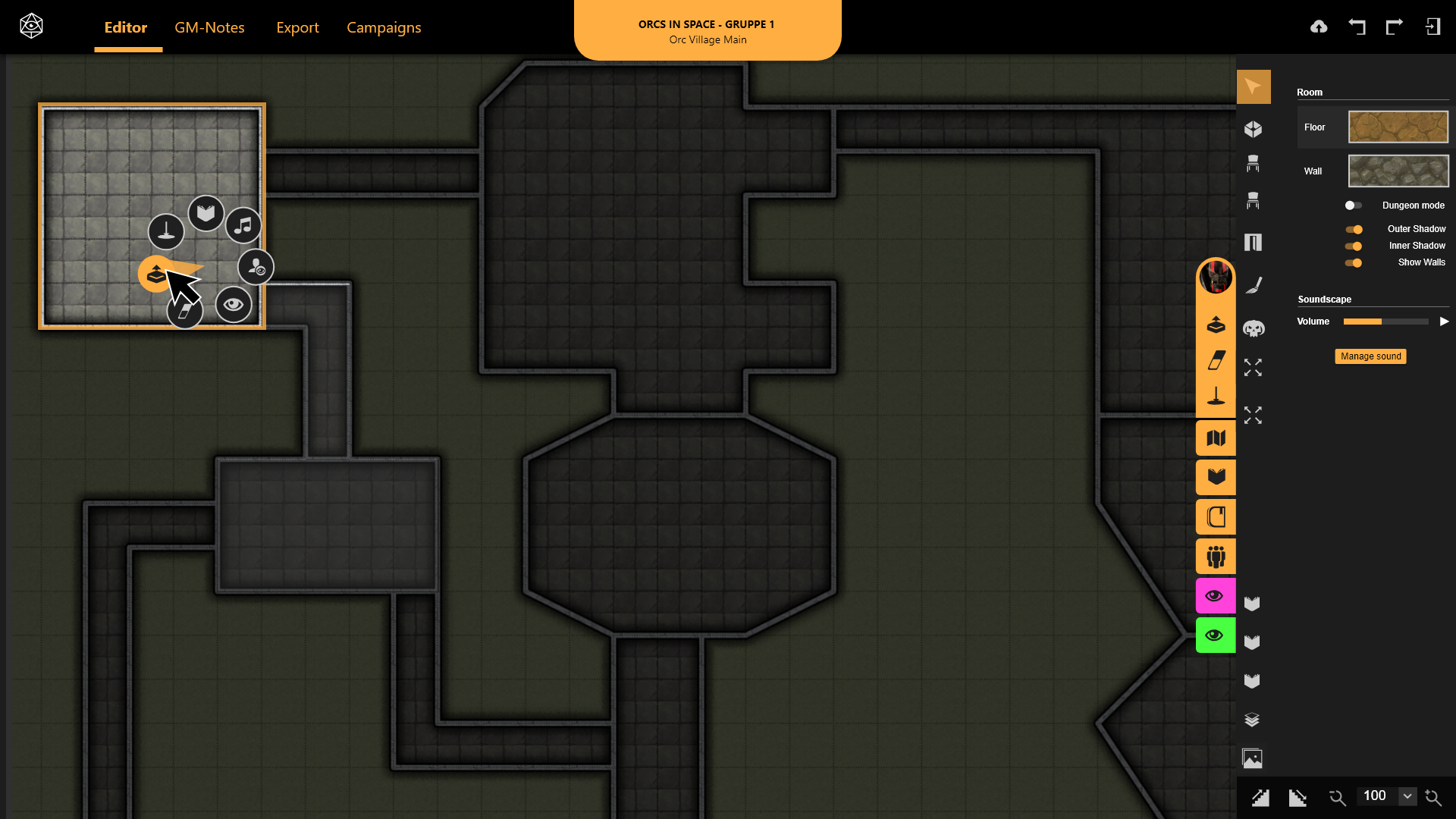 Q2 and Q3 will be all about the editor

Q4 will then focus on the GM-Notes and things that didn’t make it into Q2/3.

We will also introduce our second new setting for this year, but we haven’t decided on the theme yet. I will do a survey once we are ready to focus on that. We will also need some time to clean up our code, remove old stuff and do some general “housekeeping”.

Goal for this year

By the end of the year, we will be ready to start bringing our system into the new renderer that we are working on parallel to our current development. This will also lay the groundworks for the offline editor that we want to bring in 2020 as well as some other things we want to address next year!

Which brings me to my last point on the list:

We will be hiring this year!

I will soon open a new section on our website where we list open positions at DUNGEONFOG. So if you are interested in joining our team - keep an eye out!

What an exciting year! I can’t wait to see how everything evolves and I hope you are as excited as I am about the things to come.